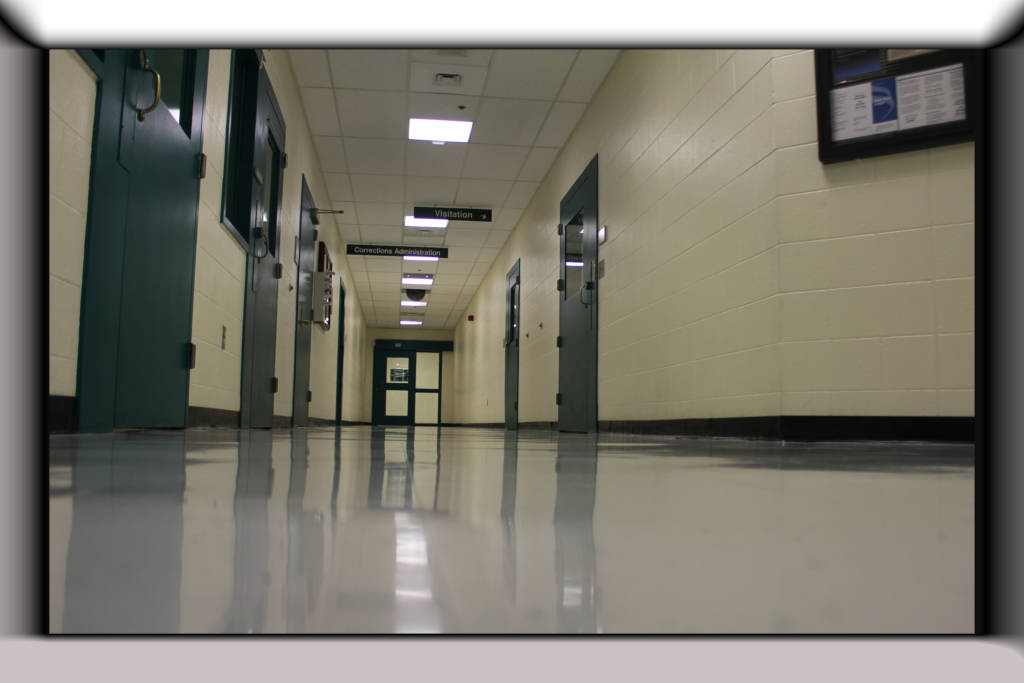 The Department of Detention is responsible for the operation of the Santa Rosa County Detention Facility. We operate the facility 24/7 with a professional staff of sworn Detention Deputies, civilian support staff, contract medical and kitchen personnel.   Our facility has a max capacity of 698 inmates. We have 21 dorm housing units for inmates with a medical unit, and admission, classification and release (ACR). The facility is a podular style indirect supervision facility that opened in August 1997. Our facility houses all custody levels of pretrial and sentenced inmates. Inmates are housed based on their custody level as determined by our Objective Jail Classification System.   The average daily population for 2016 until May 2017 was 589 inmates. Our average peak inmate population during 2016 until May 2017 was 624 inmates.The average daily population from January 1, 2020 to December 15, 2020 was 604 inmates.

The Detention Division ACR Unit processed (booked) 8,021 inmates from June 1, 2016 to May 31, 2017. The ACR Unit operates with a total of one supervisor, 4 Deputies and 1 civilian Booking Clerk.

The ERT team is a team of highly trained correctional Deputies tasked with responding to incidents, riots, cell extractions, mass searches, or disturbances in the Detention facility.  ERT team members are required to be contactable and available to respond at all times. ERT is founded upon a team concept and is made up of highly motivated officers. The Detention ERT team has 17 current members assigned to the team. The candidate for the ERT team must pass a physical agility test, interview process and possess the skills necessary to be accepted as a team member. 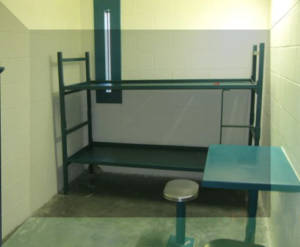 The Detention Division utilizes the Objective Jail Classification System to classify inmates. The OJC system assesses every inmate’s custody and program needs and is considered one of the most important management tools available to jails administrators and criminal justice system planners.

The Classification process is a risk assessment activity that involves learning the background and personal needs of the detainees. The proper classification of detainees is required for the operation of a sound correctional environment.

The Interfaith Jail Ministry is a nondenominational ministry that offers hope, faith, and guidance in the time of need for inmates, employees, and their families. We offer over 160 services and bible studies a month. We furnish Christian Bibles, Catholic Bibles, Qurans, JW Bibles, and other religious items.

The main goal of Inmate Programs is to provide offenders the opportunity to improve their educational level, learn new work and life skills, and begin the treatment process to confront substance abuse and domestic violence problems. All programs are designed to provide a constructive means for self-improvement while incarcerated, and to prepare inmates for release through referrals to similar community programs.

Our inmate work crews perform many duties that would otherwise be a cost to the taxpayer such as maintaining facility grounds and building projects.   We use approximately 80 inmate workers on a daily basis for various job duties within and outside the facility.

The Sheriff’s Office houses U.S. Marshall and FBOP inmates by contract with the United States Marshal’s Service. From October 2019 to September 2020, the average monthly federal inmate population was 96.4.

These funds generated from this contact go to the Santa Rosa County General Fund.

The average length of stay for an inmate from January to December 2020 was 32 days.